Sothebys:
NEW YORK – Throughout his life Sam Simon was at the intersection of the worlds of art and television. Growing up in Beverly Hills in the 1960s, famous neighbours included Groucho Marx, and through his gallerist mother Simon met Andy Warhol, Claes Oldenburg and John Baldessari. Later, when he became a well-known writer/producer/director and the co-creator of The Simpsons, Simon built an extensive collection of art and objects that spanned centuries and styles. In addition to being a major creative force, Simon (1955–2015) was an activist who funded animal rescue efforts, a marine-life conservation programme and a vegan food bank in Los Angeles, among other causes. Over a series of Sotheby’s auctions beginning this September, his holdings will be sold to benefit the Sam Simon Charitable Giving Foundation.

As a collector, Simon was a magpie, acquiring 19th-century bronzes by Auguste Rodin, midcentury modern furniture by George Nakashima; pinup-inspired paintings by Mel Ramos; an archetypal American image of a boy and his dog by Thomas Hart Benton and works by major contemporary artists such as Eric Fischl and Ed Ruscha. Also on display in his Pacific Palisades home was an assortment of pop-cultural memorabilia, much of it related to his career in television. 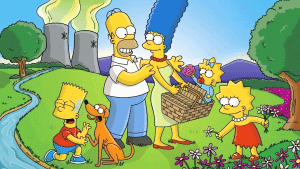